Darren started in the door industry back in the 80’s by helping his father service floor springs in the school holidays. He has worked for 3 of the global automatic door manufacturers in the past and held very responsible positions.  Darren has been Azul since the beginning and provides a good level of OCD to the business. He is passionate about quality and compliance and ensures the family are equally as exacting.  In his spare time Darren enjoys sailing and when he is not being rescued he is pretty good at it……. He occasionally still goes out on reactive calls when we are busy and is commonly the butt of the engineers jokes.

Dale or Hatchett as he is fondly known is ex-Royal Navy and still use the skills learned there in his engineering role as a member of the Azul Family. Dale is our longest serving engineer and is the fountain of all knowledge when it it comes to our customers, sites and any door out there we have visited since 2015. Ask him what he had for breakfast though and you will be met with a blank look! 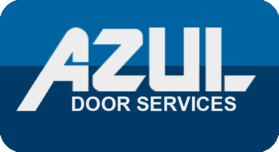 Paul is our multi talented lead installer, service engineer, access control guru, locksmith and general if it’s broken, I’ll fix it kind of guy. Nicknamed helpy at the very beginning he is guaranteed to raise a smile due to his habit of answering any enquiry as to his wellbeing as 'awesome'. Slightly eccentric but generally likeable he’s an ebay buying champion and can always be relied on to come to the pub for an Azul team meeting.

Chief babysitter, agony aunt, all-round worrier and occasional MD, Vicki juggles the day to day running of the business. She has worked in the door industry for most of her life and takes care of everything from finances to purchasing. Passionate about standards and good customer service she brings a wealth of experience to Azul Doors and apologises to customers for the state of her engineers handwriting (which never improves).

Andrew aka Princess is the newby having served only one year's penance with Azul.
Recruited after making an impression when he came to teach a first aid course, he loved our attention to detail and quality of the company and the way their staff are treated.  He fulfills a varied role at Azul as an automatic door engineer, access control engineer and also keeps our social media current.

We are also proud of his role as a volunteer crew member for the RNLI based at Hartlepool Lifeboat station which he has held since 2006. He looks forward to the day that he tows Darren and Vicki’s boat in as they will then owe him a lot of beer and possibly a pay rise.